Let's Do This Laurelhurst! 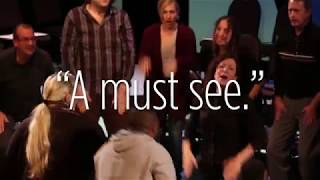 It's not too late!

Go and See This Show, Portland (A Special Offer)

The saying goes "April showers bring May flowers...", and in Portland rain is usually a guarantee no matter what month it is. But on this very sunny April day with record heat, a video shoot was scheduled in the Pearl District -- and the script called for rain and umbrellas. So, the crew attached a fire hose to a hydrant and a 30-foot spout from the hose to produce a nice shower. And then the sun cast a perfect light on the scene. Our umbrellas go up to that out-of-the-box th